Next milestone reached for the ZAM district center 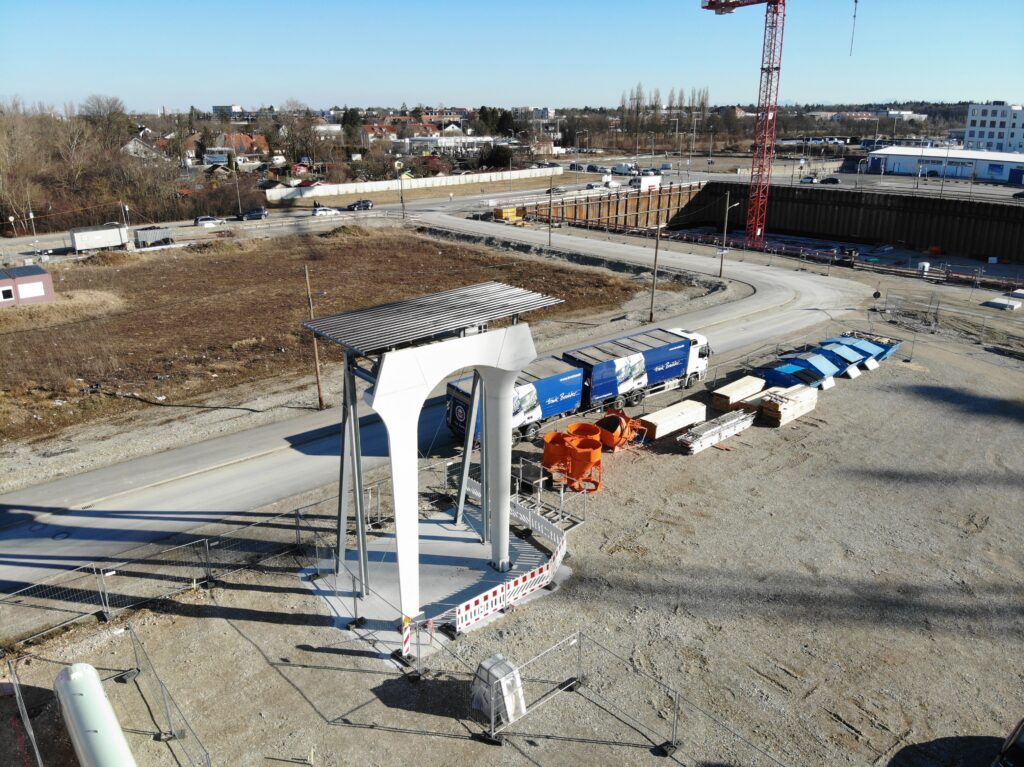 Munich, February 22, 2022. Isaria Projektentwicklung is developing the mixed-use ZAM district center on behalf of QUARTERBACK Immobilien AG for the Deutsche Wohnen Group in Munich’s Freiham district. The four construction sites at the district’s center are spread over a total area of approx. 100,000 m². This makes the joint project with Munich Future City West GmbH, the developers of construction sites three and four, one of the largest neighborhood developments in Europe. Construction work has been underway since January 2021. The arcade design marks another milestone.

Hand in hand with the city of Munich

The project is being implemented in close coordination with the state capital. After jointly developing a comprehensive neighborhood concept, representatives of the city planning department and city building councilor Prof. Merk now formed part of the committee to which project developers Isaria and MFCW presented their design for the arcade construction.

The arcades will line the future new centerpiece of the neighborhood, Mahatma Ghandi Square. The open structure contributes to the revitalization of the new district as a town square and meeting place. The design comes from the pen of renowned architectural firm Störmer Murphy & Partners and is now being brought to life in an arcade design using white and fiberglass concrete. The commercial units also benefit from the modern and unusual architecture. In future, the arcades will connect the retail space covering approximately 27,000 m² over four buildings, thus bridging the gap between internal uses and the public city square.

Apartments, accessed via courtyards, are located on the second floor and above the retail spaces, offering attractive retreat options. Over 300 rental apartments, including a residential tower over 60 meters high, are to be built on the two construction sites alone, which Isaria is developing for the Deutsche Wohnen Group. Approx. 5,400 m² of office and medical practice space will also be created, as well as approx. 6,000 m² of retail and restaurant space.

The successful arcade design marks another important milestone reached by the project. Köster was the company responsible for the shell construction work, which began in the fall of last year. The foundation stone is scheduled to be officially laid in the second quarter of this year. The apartments should then be completed by mid-2024 and will then be ready for occupation.

About Isaria München Projektentwicklungs GmbH and Deutsche Wohnen
Isaria specializes in the development of city districts and sustainable buildings in urban areas. From the time of acquisition through to the construction phase, all projects undergo sustainability analyses as a matter of routine. The goal when doing this is always to develop livable urban districts while conserving resources, for example on the MD paper mill site in Dachau, where up to 1,000 apartments are to be built in the coming years. Isaria is part of Quarterback Immobilien AG.

Deutsche Wohnen is one of the leading listed real-estate companies in Europe. The company’s operational focus is on managing and doing business with its portfolio of residential real estate in dynamic metropolitan areas and conurbations in Germany. Deutsche Wohnen sees itself as having a social responsibility and an obligation to maintain livable and affordable housing in vibrant neighborhoods and to develop new housing of the same quality.