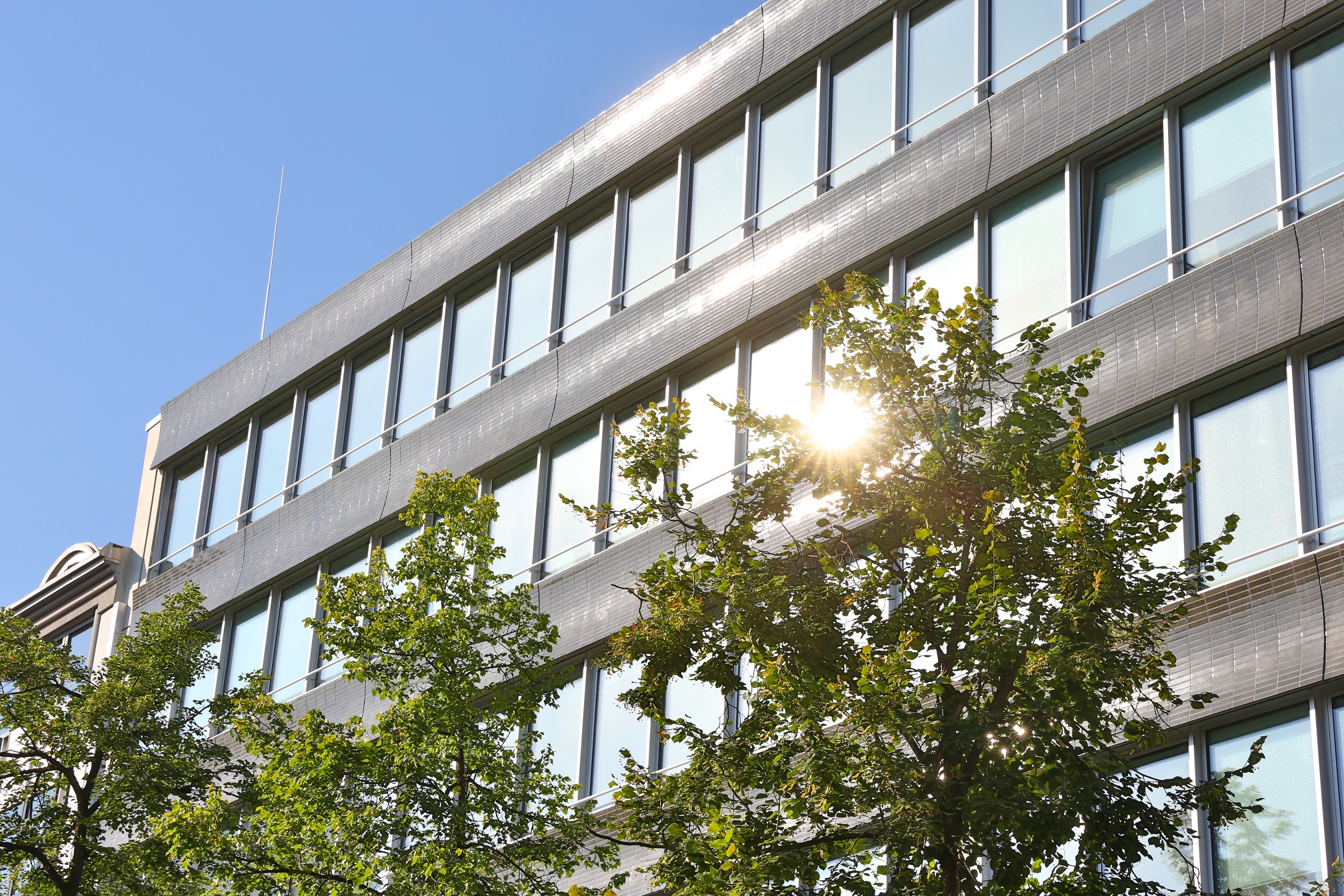 Munich, April 27, 2022
In Munich’s Sendling-Westpark district, Isaria München Projektentwicklungs GmbH, a subsidiary of QUARTERBACK Immobilien AG, has completed the GreenLevels mixed-use quarter. After the personnel consultancy Constares GmbH and the gastronomy operator Battista & Fersuoch Gastro GbR signed a lease agreement, all commercial spaces have been let. The project has already been sold globally to investors.

Office space in Hansastrasse
The office space leased by Constares is located on the fifth floor of the building at Hansastrasse 10 and covers approximately 370 m². The lease is due to start in August 2022.

Brownfield development in Munich’s west
GreenLevels covers an area of around 13,500 m². On the site of the former Siemens production facilities, 263 new apartments, social facilities, office space as well as shopping, gastronomy and open spaces have been created. The five buildings enclose three landscaped courtyards that serve as places for everyday encounters and exchanges. The communal roof terraces are also a highlight, inviting people to linger together.

“We have found a good mix of commercial tenants in GreenLevels and offer users of the neighborhood a wide range of offerings,” says a delighted David Christmann, spokesman for the Isaria management. “With a supermarket, a drugstore, a pharmacy and a daycare center, all areas of daily needs are covered. “Da Battista Ajo” rounds it all off with a great gastronomy offering.” After leases for Hansastrasse 10 were already signed with Getir and dataTec AG at the end of last year, commercial leasing in the quarter has now been successfully completed.

About Isaria München Projektentwicklungs GmbH
Isaria specializes in the development of sustainable buildings and urban quarters in urban areas. From acquisition to the construction phase, all projects undergo sustainability analyses as standard. The aim is always to develop livable urban neighborhoods that conserve resources as much as possible, for example on the site of the MD paper mill in Dachau, where up to 1,000 apartments are to be built in the coming years. Isaria is a company of QUARTERBACK Immobilien AG.