Isaria is a reliable partner for the Stuttgart metropolitan region 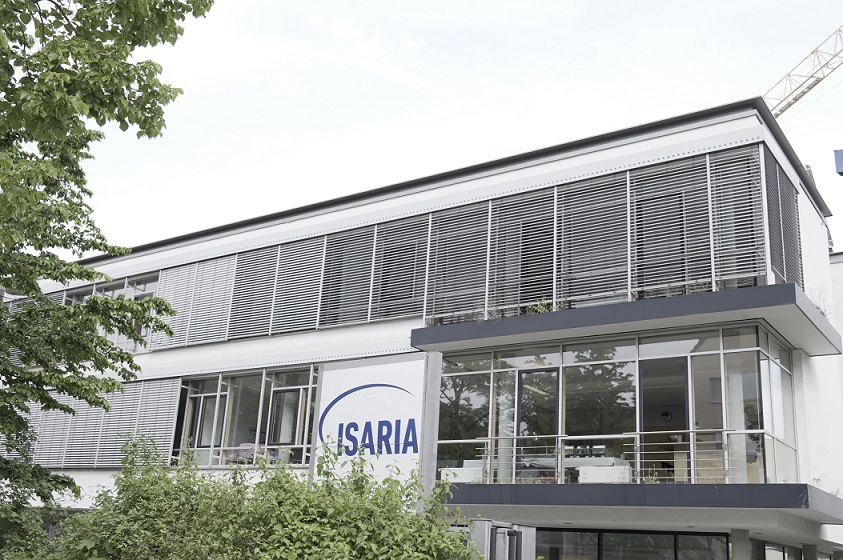 Isaria has arrived in Stuttgart. The fact that the Munich-based project developer is now also a force to be reckoned with in the capital of Baden-Württemberg was demonstrated at the Inside Isaria event held at the Stuttgart branch. Together with almost one hundred invited guests from politics and the press as well as important players in the construction and real estate industry, successful projects as well as strengthened relationships and contacts were celebrated. A 12-strong team at the Stuttgart branch is currently responsible for Isaria projects with a total site area of almost 64,000 m².

Isaria, a subsidiary of QUARTERBACK Immobilien AG, has stood for future-oriented real estate and urban living spaces for over 20 years. In doing so, the Munich-based company focuses on people as future users. “Real estate is always a local business. That’s why we always have our own employees on site for our new construction projects – like at our location in Stuttgart. We are very pleased to be able to assume responsibility as a reliable partner here as well as in our home region and to make a sustainable contribution to the development of livable urban neighborhoods,” says Norbert Wögler, Managing Director of Isaria. In recent years, Isaria has expanded its activities, particularly in southern Germany. In the process, the Stuttgart site has also grown steadily. “Since we purchased the first plot of land for project development in 2017, we have been able to continuously expand our activities and opened our branch here in Rümelinstrasse in 2021. Today, twelve of us are responsible for projects with a total site area of almost 64,000 m²,” says branch manager Matthias Rieker.

Expert for the metropolitan regions of southern Germany
The parent company QUARTERBACK Immobilien AG is one of the largest project developers in Germany. Among other things, the Leipzig-based company is responsible for new construction activities for Deutsche Wohnen SE. As a Munich-based company, Isaria acts as a contractor and implements the new construction projects in the metropolitan regions of southern Germany. In the Stuttgart area, Isaria is realizing, among others, the construction of the mixed-use quarters ROSENSTEIN MITTE and CITY CARRÉE BÖBLINGEN. With the OTTO-QUARTIER in Wendlingen and the ZUCKERLE-QUARTIER in Bad Cannstatt, two exciting projects are under development. Also in the planning stage are, for example, urban quarters with a focus on residential use at Rosensteinstrasse 12 and 20 and Rümelinstrasse, as well as a residential and commercial building at Tübingerstrasse. The focus is always on developing urban quarters that conserve resources and are worth living in.

Focus on the future
“Our cities are changing. Social and demographic developments, as well as global changes such as climate change, are having a direct impact on housing and living conditions. To meet these challenges, we need to rethink the topic of cities. So it’s all the more wonderful to come together with so many of you today and talk together about the future of our cities,” said David Christmann, spokesman for the Isaria management, addressing the almost one hundred guests. They were able to experience the development of the ROSENSTEIN MITTE quarter up close during a guided tour of the site. Isaria is realizing the project for Deutsche Wohnen.

Isaria specializes in the development of city districts and sustainable buildings in urban areas. From the time of acquisition through to the construction phase, all projects undergo sustainability analyses as a matter of routine. The goal when doing this is always to develop livable urban districts while conserving resources, for example on the MD paper mill site in Dachau, where up to 1,000 apartments are to be built in the coming years. Isaria is part of Quarterback Immobilien AG.

About QUARTERBACK Immobilien AG
QUARTERBACK Immobilien AG can point to 29 years of expertise in the development and construction of residential and commercial real estate. The Leipzig-based company operates with more than 320 employees both in central Germany and nationwide at almost all major real estate locations, combining project development and asset management under one roof. With a realization volume of around eight billion euros, QUARTERBACK is one of the largest project developers in Germany.