Debris dogs train on the site of the new millstream quarter 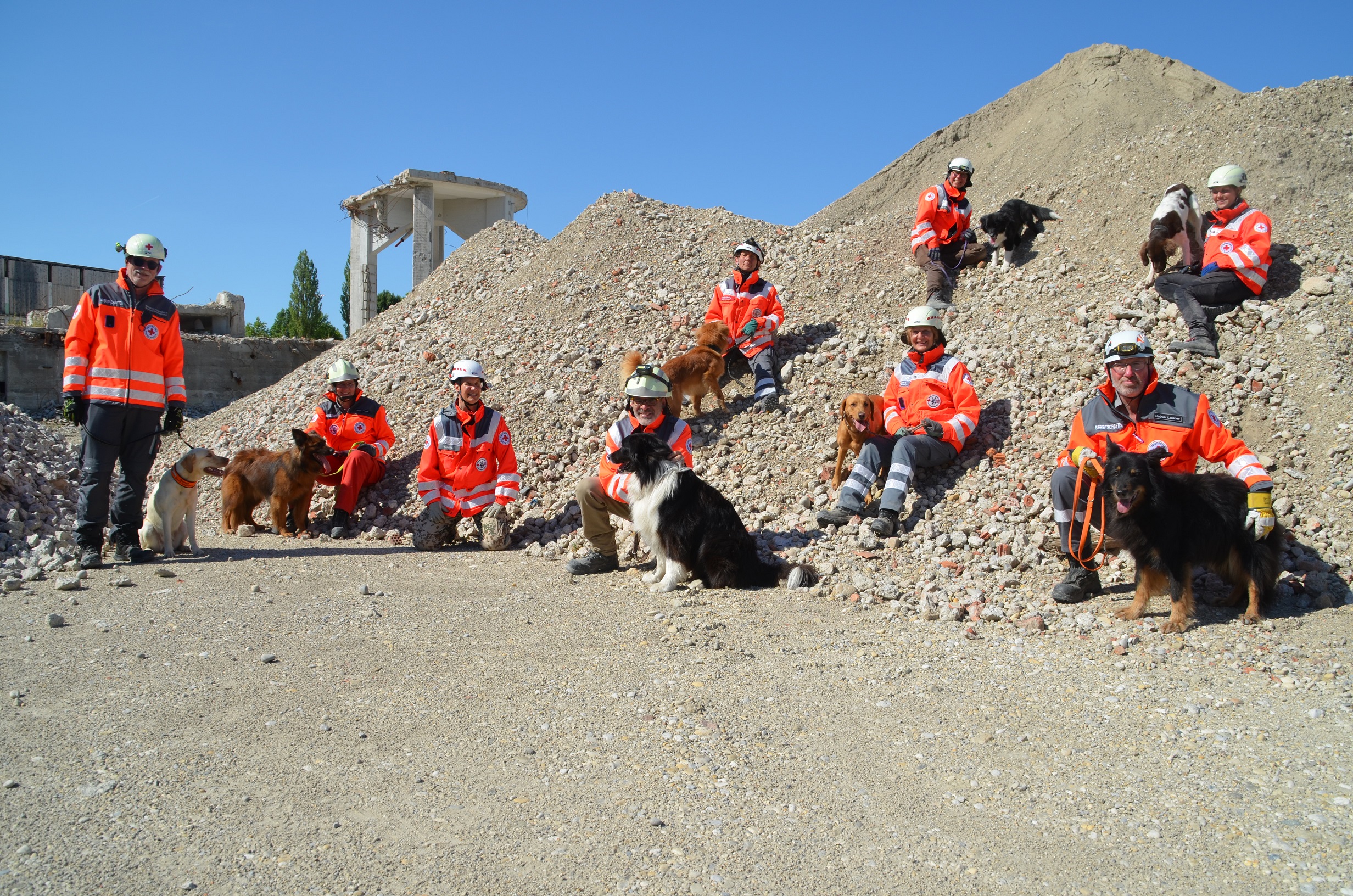 Debris dogs train on the site of the new millstream quarter
The debris dog used in the train accident in Garmisch trains with the Upper Bavarian District Association on the Isaria site.

On Sunday, July 17, 2022, a lot of barking was heard in the listed calender hall on the site of the former paper mill. Isaria München Projektentwicklungs GmbH is developing the new Mühlbachviertel there for Deutsche Wohnen. Now, the Munich project developer had invited the Upper Bavarian District Association of the Bavarian Red Cross (BRK) to conduct rubble dog training with the district associations from Garmisch, Bad Tölz, Miesbach and Weilheim. The site is almost redeveloped and is already being prepared for the implementation of the building construction phase. The city of Dachau is currently working on the final details of the development plan. This makes it one of the last opportunities for the rubble dogs among the piles of stones and in the buildings to prepare their dogs for use in an emergency. Claudia Bierling and her debris dog Frodo, who searched for survivors in the June 3 train accident in Garmisch, were also on hand for the training in the future Mühlbach neighborhood.

“As long as the site can still be used for such important exercises, we are of course happy to make it available. Currently, we are preparing the future building law in order to then enter the actual planning phase. The planners of the city of Dachau are working together with the city planning department on the development plan. As soon as this has been completed, we will begin with implementation. Despite the challenging situation on the real estate market, we want to and can develop a forward-looking neighborhood that will also set new standards in the area of sustainability. After all this time, I think Dachau deserves to see a livable extension of the old town emerge from the industrial wasteland,” says David Christmann, spokesman for the Isaria management.

The Upper Bavarian District Association of the Bavarian Red Cross is grateful for the opportunity. Twelve dogs trained to search for people among the stone mounds and in the dark corners of the calender hall. The dogs had to scent across floors or from hundreds of meters out in the open and find people hiding in closets, manholes or construction holes. Once they found a person, the dogs reported their success with loud barking. In addition to the experienced rubble dog Frodo, the five-month-old puppy, Ailis, was also part of the team. After successful work the dogs are confirmed with reward. Despite high heat, dogs and trainers endured from 9:00 am to 6:00 pm on the training ground. But even in an emergency, ideal conditions do not always prevail.

About Isaria München Projektentwicklungs GmbH and Deutsche Wohnen
Isaria specializes in the development of sustainable buildings and urban quarters in urban areas. From the acquisition to the construction phase, all projects undergo sustainability analyses as standard. The aim is always to develop livable urban neighborhoods that conserve resources as much as possible, for example on the site of the MD paper mill in Dachau, where up to 1,000 apartments are to be built in the coming years. Isaria is a company of Quarterback Immobilien AG.
Deutsche Wohnen is one of the leading listed real estate companies in Europe. The company’s operational focus is on managing its own residential real estate portfolio in dynamic metropolitan regions and urban centers in Germany. Deutsche Wohnen sees itself as having a social responsibility and duty to maintain and redevelop livable and affordable housing in vibrant neighborhoods.