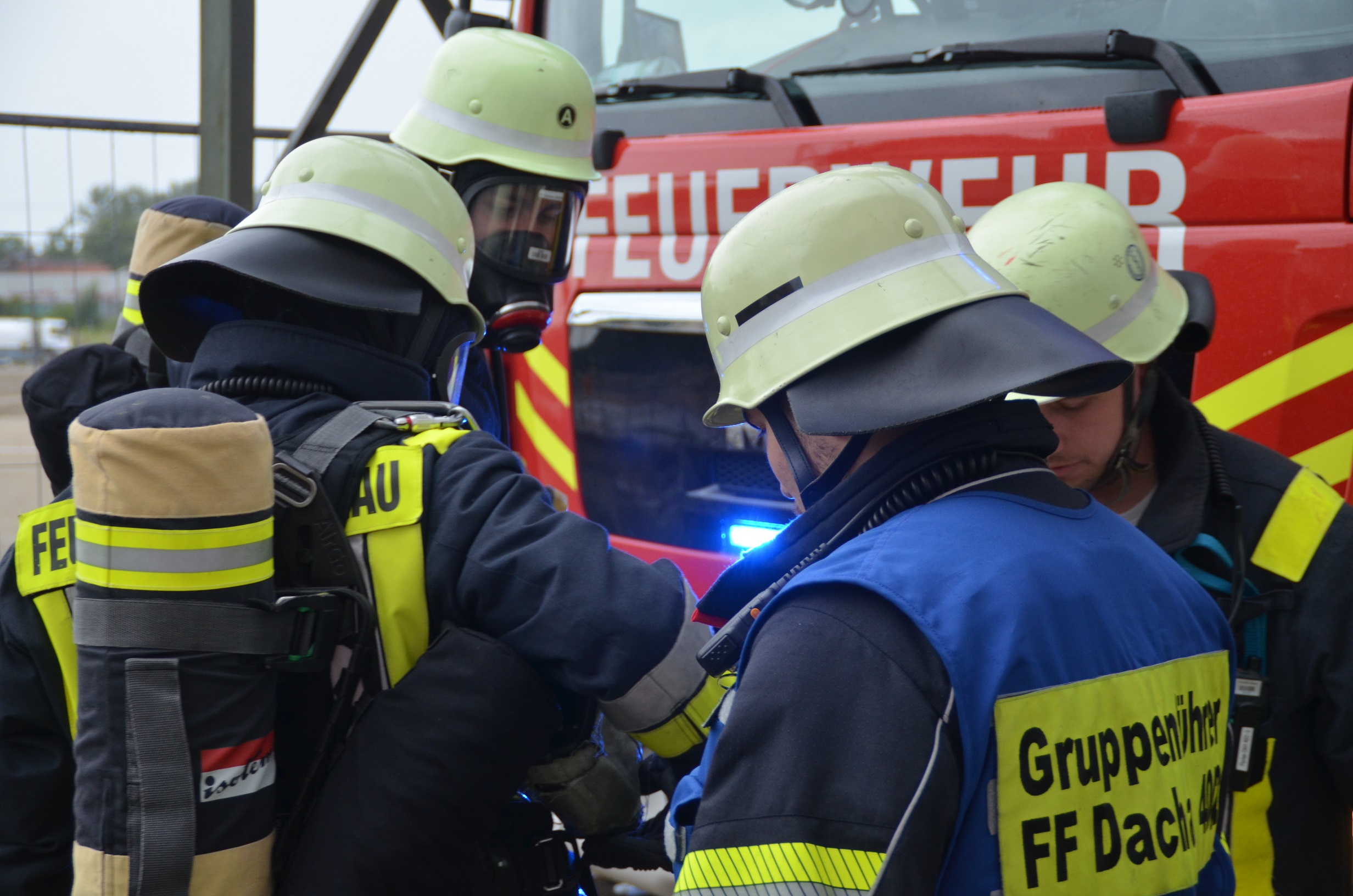 After the exercise is before the exercise. The next simulated fire in the former paper mill is just around the corner.
An exercise of the volunteer fire department of the city of Dachau has already been completed. On 28.07., the fire department will start the next trial operation.

On Thursday, July 28, 2022, smoke rises again over the site of the former paper mill. Under the motto “Fire in an industrial building”, the Dachau Volunteer Fire Department is rehearsing for an emergency. Approximately 30 firefighters will be deployed. During the exercise, several emergency vehicles will drive onto the site to fight the simulated fire and the smoke visible above the roofs of the listed buildings. The exercise will take place from 6:00 pm to 10:00 pm. During this time, residents and citizens need not be alarmed.
“An exercise entitled “Fire in an industrial building” will hopefully soon be a thing of the past,” smiles David Christmann, spokesman for Isaria’s management, and continues: “In the coming years, the industrial wasteland will be transformed into a livable and sustainable urban neighborhood that Dachau’s citizens can look forward to. If the Dachau City Council decides in favor of the interpretation of the development plan and early public participation, it is not far to approval and then also to legal force.”
This could result in an extraordinary neighborhood according to the careful planning of the city administration. With a renaturalized mill stream, freed from its industrial underground and accessible to all as a local recreation area. “We are looking forward to this project and are currently preparing the rerouting of the Mühlbach into a temporary streambed so that the original course of the river can be restored,” emphasizes David Christmann.
Isaria is realizing the project for Deutsche Wohnen.

Before that, the volunteer fire department will be allowed to train in fire operations in industrial buildings and get to know the site. Even getting to the listed buildings is a challenge. The access routes on a large construction site change regularly and the ground cannot be compared with a paved road. The approach is therefore already part of the exercise. Subsequently, smoke machines are used to simulate sources of fire and mannequins are hidden in the building as substitutes for people. The task of the rescue team is to find and rescue the mannequins in smoke-filled rooms with poor visibility. The procedures for unrolling the hose and dragging the hose to the source of the fire are also practiced.

In the last exercise on July 7, 34 firefighters participated. Among them were five trainees from “Bet 44,” in which the fire department and Mayor Florian Hartmann recruit trainees for the exciting honorary office. “We say a big thank you to the city fire inspector Thomas Hüller and his team and wish all the best for the exercise and for all operations,” says David Christmann, who is committed to preserving the historic fire engines of the former paper mill. The vehicles are currently being restored and will be transferred back to the site of the future Mühlbachviertel before the end of the year.

About Isaria München Projektentwicklungs GmbH and Deutsche Wohnen
Isaria specializes in the development of sustainable buildings and urban quarters in urban areas. From acquisition to the construction phase, all projects undergo sustainability analyses as standard. The aim is always to develop livable urban neighborhoods that conserve resources as much as possible, for example on the site of the MD paper mill in Dachau, where up to 1,000 apartments are to be built in the coming years. Isaria is a company of Quarterback Immobilien AG.
Deutsche Wohnen is one of the leading listed real estate companies in Europe. The company’s operational focus is on managing its own residential real estate portfolio in dynamic metropolitan regions and urban centers in Germany. Deutsche Wohnen sees itself as having a social responsibility and duty to maintain and redevelop livable and affordable housing in vibrant neighborhoods.