237 Christmas tree baubles and a donation to the BRK 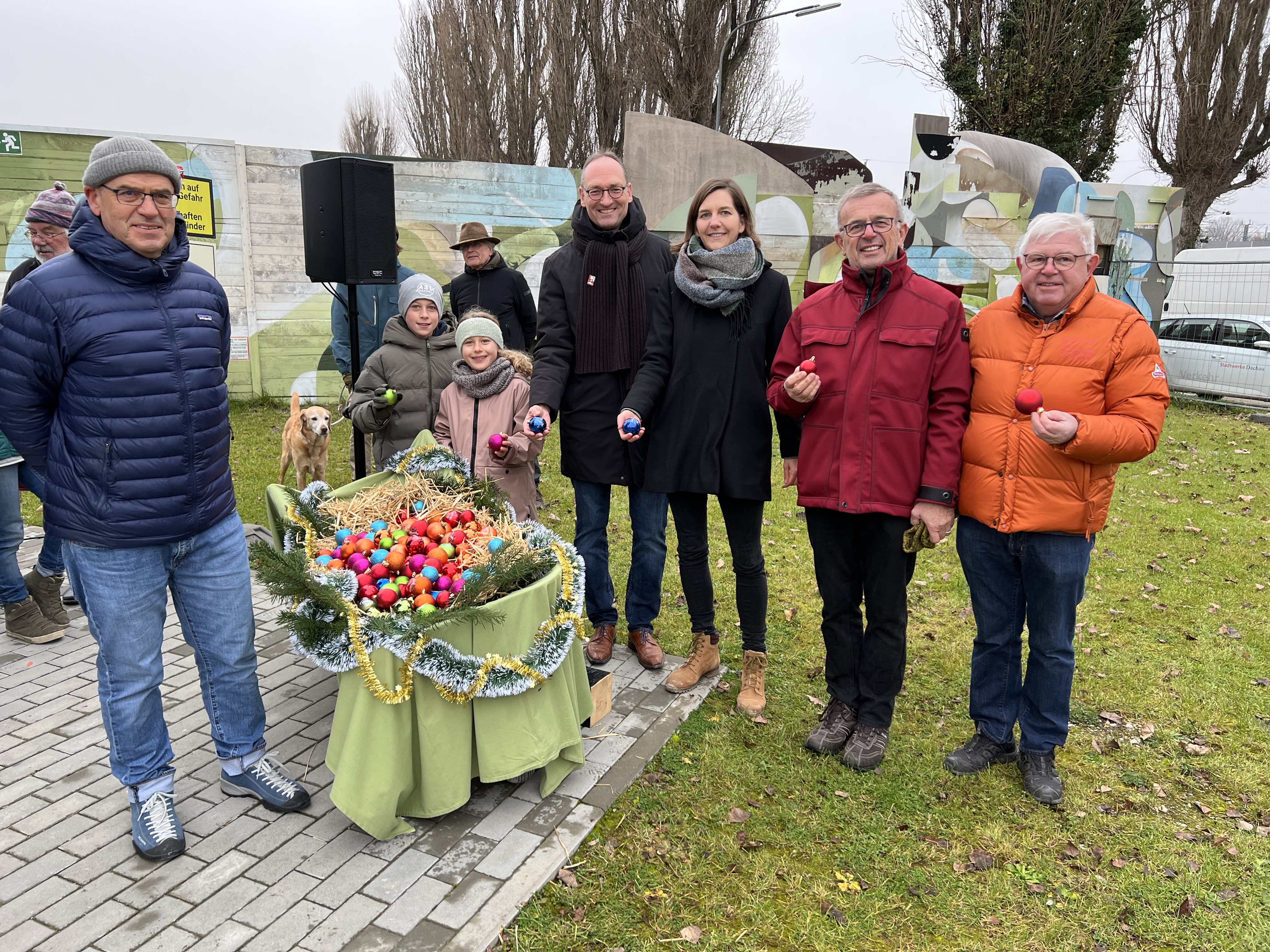 At the information tower in Ostenstraße Dachau, Isaria looks back on the past year and supports the BRK Dachau with the “Great Christmas Treasures”.

As the Advent season begins and the year slowly comes to an end, a new era is dawning in Dachau for Isaria München Projektentwicklungs GmbH. The development plan for the project site of the former paper mill is in the consideration phase and in the coming year the course is to be set for the further development of the neighborhood, the new Mühlbachviertel. Isaria used this moment to look back on the past year, to present the site to citizens once again in a walk-through and to collect donations together for the BRK Dachau.

“The BRK Dachau is an important institution in the city and cannot be supported enough. We are very pleased to play a part in this with our Christmas treasures,” Martina Reuter, communications manager at Isaria, said during the opening.
A Christmas-decorated wheelbarrow was set up in front of the information tower and filled with Christmas tree baubles. The 50 or so visitors were asked to guess how many baubles were involved. The closest guessers were Käthe, Leopold and Josef Baur, who each won a €100 shopping voucher from “Dachau handelt!

For each tip, Isaria donated an amount to the BRK and rounded up generously at the end – so 1,000 euros were collected.

Guest of honor Bernhard Seidenath, member of the state parliament and chairman of the BRK district, expressed his thanks for the fundraising campaign and appealed for further support for the BRK: “These donations go to International Aid, with which we have been supporting refugees from the war zone in Ukraine for a long time.”
Every person from Dachau can additionally express his personal help by transferring money to the donation account of the BRK:

Michael Gerstner, project manager, was also pleased about the campaign and looked back on the project development of the last year as well as ahead to the coming steps: “At the moment, the objections of the citizens and the sponsors of public concerns are being weighed up. After completion of this procedural step, we have reached another important milestone on the way to the statute of the development plan. As soon as the development plan has been set, building applications can be submitted and the people of Dachau can look forward to a great new neighborhood.”

After the speeches, interested visitors were able to enjoy mulled wine and children’s punch as they made their way through the listed buildings. There, Michael Gerstner answered further detailed questions about the site and the buildings. Isaria is realizing the project for Deutsche Wohnen.